Expert Handymen You Can Count On

Work with the best. Work with 3 Guys!

GET A FREE QUOTE

Rather talk to us? Give us a call. 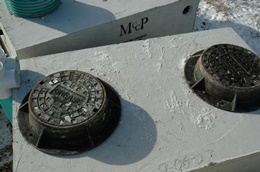 Grease trap is one of the most valuable kitchen fixtures found in many homes. If you have not heard about it or installed it in your home, it is recommended that you consult a professional today to install one in your kitchen. Installing a grease trap in Arvada, CO can help in ensuring that the wastewater flowing in your drains and pipelines is flowing smoothly on its way to the treatment facilities.

Why Install a Grease Trap at Your Home in Arvada, CO

Take Care of Your Home,
And Work With The Best!